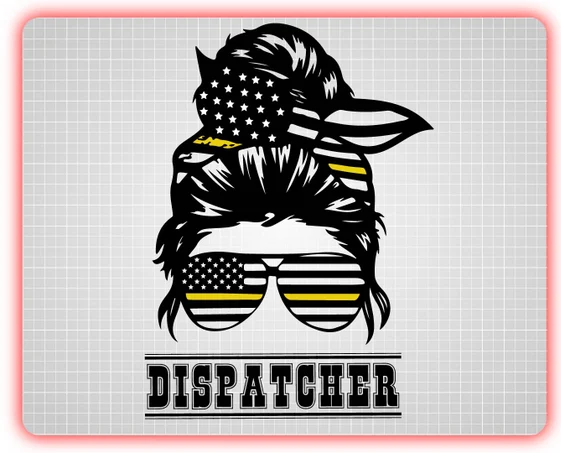 If you are a second (or third or fourth) generation public safety professional, you already know what it is like to grow up in a family of police, fire fighters, EMS workers, or 9-1-1 Telecommunicators.  As a second generation 9-1-1  Telecommunicator, I knew what it was like to have a parent work what I considered strange hours and miss sporting events, holidays, and yes even birthdays.  I was 9 years old when my parents joined the local volunteer ambulance service.  It was common to watch them come home and discuss the calls and see the pain on their faces when it did not go well or when they knew the patient personally.  The stories were so intriguing, and I felt a pull, even at that early age, to want to go and help people like they did.  Knowing the patient was the hardest for us as a family because if they knew who it was, then so did my brother and me.  I distinctly remember when they lost a dear friend in a car crash. She was on her way to the hospital with a friend driving and her husband in the back seat after she had injured her ankle playing volleyball.  The oncoming truck crossing over the double yellow line, hit their small car head-on.  All the passengers in that car were members of the ambulance service.  The fatal injury that took my parent’s friend, also seriously injured her husband as well as causing injuries to the driver (as much as I know most of our readers like “the rest of the story” I do not know what happened to the driver in the truck).  The emotional toll it took on my parents and the people I had known for years, all who worked for the ambulance service, was significant. It was as if she was family to each person at that funeral, public safety personnel within all branches.   Belonging to such a family pulled me again, it was something I wanted.

Following my parents divorce a few years later, my mom took a full-time job as a dispatcher.  I would ride my bike into town (about five miles) and watch her work before going to get some snacks or other fun activity.  She was so busy!  Entering information into a computer, (she explained what a warrant was), and driver violations, answering the phone, dispatching the officers, fire department, and the ambulance service she had once worked at.  My visits to her did not stop when I started driving, it was still fun to watch her talk back and forth to the officers and take calls from citizens, sometimes they were calm, and sometimes I could hear them screaming at her and using words that were never used in my home. Still, by the time I was seventeen, I was taking Advanced First Aid, CPR, and getting ready so that when I turned eighteen, I could work with the ambulance service too.  Things were different back then; advanced First Aid was all that was required to work with our small-town ambulance service.  My mom went on to a much larger agency, too far away for frequent visits from me, but she would still tell the stories of her work and as a volunteer at the ambulance, I was more intrigued than ever.  The summer before I turned twenty, I decided it would be fun to move 1500 miles away, where I knew no one, so that I could live in the mountains of Denver Colorado.  Having never been there and only knowing that Denver was the “Mile High City” I assumed it was this city nestled in the mountains (What a big shock that was when I arrived). So, I packed up my car, my cat, and all my belongings and went west.  My parents, 6 years divorced by this time, were getting remarried (to each other) and starting anew in Florida.  My mom was quickly offered a job as a dispatcher in the metro Orlando area. I arrived in Colorado and started looking for any dispatching job I could find because I understood the stability of the profession.  I was offered a job at two different agencies within 2 days of each other.  The second offer was better, but I felt obligated to take the first because I had already committed… a decision now 39 years later, that I have still never regretted.

Fast forward 10 years, marriage, a divorce, and a relocation up to a mountain community, raising preschool aged children as a single parent, certainly not where I thought I would be, but a challenge I accepted and embraced. I loved my job in 9-1-1  in the town where I lived and that made all the challenges easier. Four years later I remarried, and our new family included a strong public safety family within our respective agencies.  Our four children were 9 and 7 (his and hers, just happened to be the same age). My husband and I, both in public safety, continued the practice of explaining our work to our children. They grew up being part of the public safety family we worked for. They heard of the chases, SWAT calls, evidence collection, and 9-1-1 calls (their favorite was when I took a 9-1-1 call on how to make hummingbird food).  The caller identities were kept out of the conversation, but the passion to help people for them, became an ingrained part of who they are, as it had for me all those years ago.  Our children, now four adults and two in Middle school, laugh at how family outings sometimes consisted of going to shoot at the range and how dinners around the table included discussions of car crashes or a rescued rock climber and yes, even how to make hummingbird food and sugar cookies.

Raising children when you are in public safety isn’t always easy.  Our adult children tell us we did an excellent job, raising them to be the best they can be in the fields they have chosen, law enforcement, career Marine, Registered nurse, and the service industry.  As a public safety parent, I urge you to stay involved, attend as many of their events as you can, and let them see the human side of you that hurts and rejoices at the calls you took or responded to.  That doesn’t mean your children will become the adults you had hoped because they may make different choices, but it does mean you will have given them a solid, well-rounded, foundation to steady themselves on.