Handling Public Complaints in the PSAP 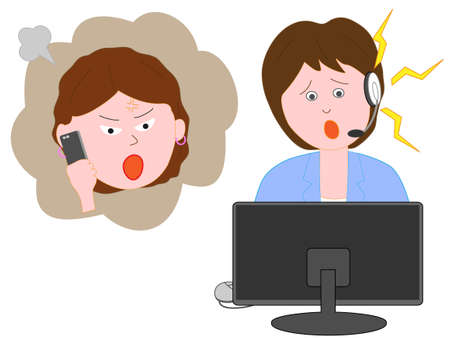 As a director, manager, or supervisor, a big responsibility you have to the public is to handle complaints about your team’s service.  The issues brought to you that need to be investigated and reported back to either the controlling authority or the citizen are as varied as snowflakes.   No one complaint is the same.   In my 25+ years of experience managing multiple PSAP’s, ninety percent of the time the perception of wrongdoing is not accurate.  Those are the best phone calls or reports back to explain your findings.  However, you can count on ten percent of the time errors in judgment or training played a role and you need to take corrective action.  Managing this is all in your control.

Talking directly to the public who has issues with your area of responsibility usually is unpleasant and many supervisors either avoid it (have admin screen the call) or get annoyed at the complainers and react defensively.  Complaints can be handled effectively if you react appropriately.  The key skill here is not letting a complaint make you feel personally attacked, scolded, or insulted.  To avoid this reaction, listen to complaints as messages about how people perceived the situation.

Complainers should be perceived as doing you a favor.  For every person who takes the trouble to voice a complaint, many others who are dissatisfied simply take their business elsewhere.  Those unhappy people usually tell others what happened and warn them against dealing with you.  It starts with word of mouth to family and neighbors, then goes to town hall or city council or parish meetings without you even knowing the problem or perception of the problem exists.  Today’s world doesn’t even take that route, with social media you may have to take immediate action to get ahead of the problem.  So complainers are giving you a second chance which others didn’t even take the time to offer.  They also provide information you need to avoid making similar errors in the future.  They need to be appreciated and heard as suggestions for improvement.

Complaints may inform you about expectations of which you were unaware.  Violated expectations.  People expect certain things to happen in a predictable way.  They tell you that they expected one thing and something else occurred.  Sometimes those expectations match yours and you see the validity of the complaint.  However, sometimes they are based on misunderstanding, you never intended to do what they expected.  You didn’t have the same view of the situation.  So you should ask the person “what did you expect?” and “what led you to expect that?”  This may lead you to the root of the problem.

Remember that violated expectations evoke stress that must be released.  There may have been a string of disappointments that are leading up to your interaction with this person.  An emotional complaint may have many elements leading up to this that you or your telecommunicators had no involvement.  When you are hit with a surprisingly angered complaint, consider what other stresses are being packaged up with that one and being vented onto you.  To learn more, ask “What other incidents do this problem remind you of?”  Let the person blow off steam.   Then separate what your team did from the actions for which you were not responsible.

Complainers tend to assume that it was done intentionally.  Beware that errors you see as being due to circumstances beyond your control will be viewed by others as “your fault”.   A phone message that you never received the person will view as you deliberately avoiding them.  The complaint that emerges will naturally sound like a personal accusation or insult.  Don’t respond by counter-attacking.   Just explain your perspective and emphasize that if you had been able to control things, they wouldn’t have turned out as they did.

What is the end result?  They want answers.  Do not offer an answer when you have not taken the time to investigate.  Let them know you will get back to them as quickly as possible.   Depending upon the issue, you should give them a timeline “by the end of the day”, “by the end of the week”, “after speaking to those involved on their next shift”.  They need to know you care. Take action to avoid it ever happening again.  Was it a problem with your CAD or paging or radio equipment? Was it a lack of training on the issue with an individual or your entire team?  Did the telecommunicator just not listen to the caller and accurately dispatch the call?  Whatever the case may be, just be honest with the person making the complaint, tell them what you found and what you did or are doing to correct it.   Thank them for bringing this to your attention so that it will not happen again.  Using it as a learning tool for the entire team will help others gain that experience.  And as we all know, continuous improvement is essential.