Is liability really something to be concerned about in a PSAP? 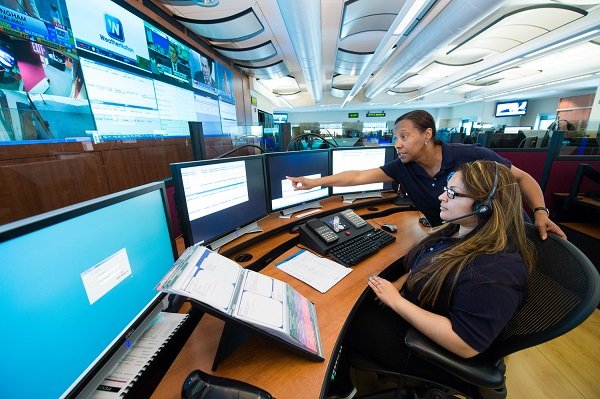 There is a widespread belief that public safety telecommunicators (PSAPs) are immune from liability in the event of an emergency. This is not the case.

What is a 9-1-1 Emergency Telecommunicator? They are the people that answer your call when you dial 9-1-1. Depending on the agency, they are trained to dispatch police, fire, and medical rescue personnel to respond to emergencies. The public safety telecommunicator is a key player in emergency response. They take the emergency call and then inform the appropriate first responder to respond to the emergency situation. A telecommunicator is often a lifeline for the person in crisis and has the responsibility of ensuring that help arrives quickly and safely to the caller in need.  Because the emergency telecommunicator is so important to the person in crisis and is there at the incident first (remotely, but still engaged), 9-1-1 personnel are referred to as the first, First Responders. In order to be effective in this role, the telecommunicator must be knowledgeable on a wide variety of subjects ranging from basic first aid to the identification of specific hazards encountered during a given incident. They also need to be emotionally mature to be able to interact with a caller in distress and keep the caller calm until help arrives.

So what happens if the 9-1-1 dispatcher makes a mistake while handling an emergency call? Many states have passed laws that limit the liability of public safety dispatchers. In many states, these protections are similar to those enjoyed by doctors and police officers. However, just because a dispatcher is protected by state law does not necessarily mean that they can never be found liable for their actions. There are many cases where dispatchers are found liable in civil cases, some with pending criminal charges as well.  In Texas, a dispatcher took two calls of an overdose resulting in cardiac arrest.  The dispatcher sent responders to one of the calls and determined that the second call was for the same patient and no help was sent.  The man died.  The court held that governmental immunity wasn’t waived in this case, holding both the dispatcher and the agency liable.  In another call, two Michigan dispatchers purposefully turned down the volume of their phones because they were having “a bad day”. The patient was recovering from another health issue at a medical rehabilitation center when he suffered from a heart attack. The facility called 9-1-1 thirteen times before they got an answer, resulting in an eight-minute delay in dispatch.  Eight minutes resulted in the patient’s death.  The city’s corporate counsel said in a statement that there was a significant policy violation as well as evidence of criminal conduct. The implications of these cases are far-reaching as they could potentially open the door to additional lawsuits filed against public safety dispatchers by injured parties. On the other hand, some states have implemented tougher protections that limit the exposure of the dispatcher by limiting situations in which they can be held liable. For example, in California, dispatchers are only liable for failing to properly investigate an emergency call if the delay results in injury to the caller or damage to their property. If the injury is the result of negligence on the part of someone else, such as a police officer responding to the call, then the dispatcher cannot be held liable even if the delay in providing assistance was negligent. In other words, dispatchers are only responsible for the mistakes that they make while on duty and cannot be held individually liable for the mistakes of third parties. Although it may limit the liability of the dispatcher, this exception does not provide an absolute defense for the agency. The court may still find the agency negligent if it fails to adequately train employees or take other precautions to prevent mistakes from occurring.