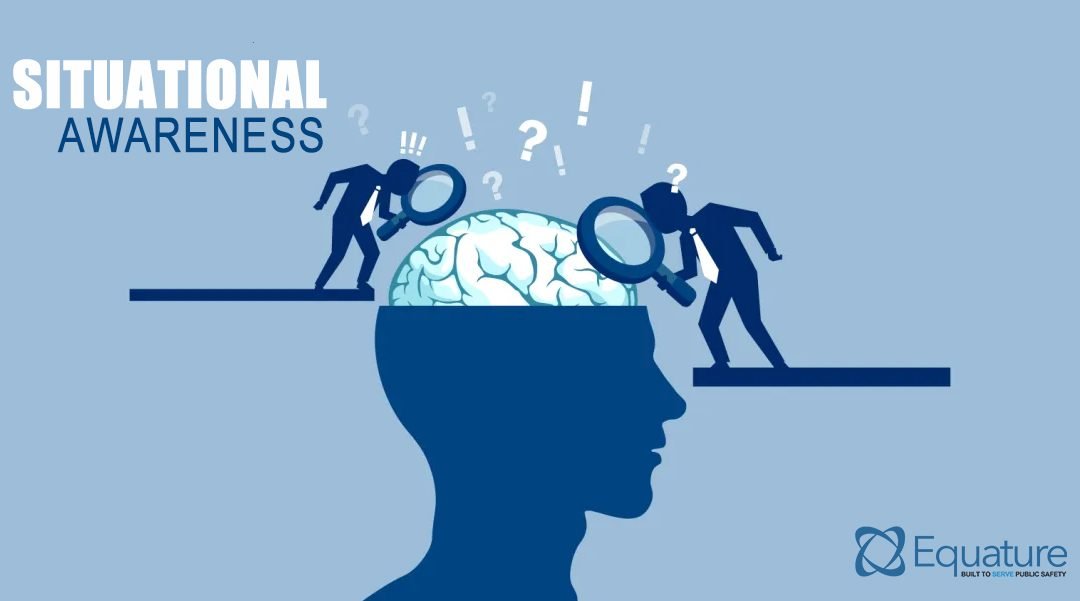 Great – now that we have an official definition, what does that mean in public safety, more specifically what does that mean that provides us with new information on how each day should be conducted? We have plenty of examples of what happens when situational awareness is not used. Brooklyn Center, Minnesota, the world watched the body cam recording of an officer, completely focused on one situation, or item as described by OSHA, and missed pulling the correct weapon which resulted in a fatality. Or the scenario of the dispatcher, focused on the schedule, looking over the massive amount of overtime, and missing a critical call on the dispatch screen for family trouble with weapons resulting in a significant delay of dispatch. It would be rare to find anyone who wasn’t close to a situation or personally involved where one’s situational awareness was lacking.

Dating as far back as the 1960s, community policing programs started up across the nation. The 1960’s riots and civil unrest were rising at an alarming rate when the programs started in an attempt to facilitate a closer police-community relationship. Police operations were also restructured according to geographical boundaries.

However, the early programs were abandoned due to high opposition from the command rank of the law agencies. As time passed the desire to see a change in crime rates and relationships grew again and in the 1990s, with the help of grant money from the Community Oriented Policing Services (COPS), agencies again began to adopt and use the philosophies of the program. During this time of re-birth for the program, one policing seminar paper, in particular, received a great deal of scholarly attention. The Evolving Strategy of Policing, by George Kelling and Mark Moore, summarized the history of policing and identified what was unique about recent developments in the field. In contrasting three different policing approaches and finishing with the advent of the “community problem-solving era,” Kelling and Moore appeared to be sounding a clarion call, announcing the arrival of a complete paradigm shift in law enforcement.

The basis of the program involved law enforcement working closely with the community while gaining trust. There was also the goal of becoming involved or known to the neighborhoods and familiar with the residents in order to be able to identify problems faster. Now, as we proceed into the twenty-first century, Community Policing shows no sign of slowing down, despite a shortage of police, fire, EMS, and dispatch applicants, Community Policing has changed and adjusted but appears to be firmly established into the fabric of public safety.

By now, you’re asking, do Community Policing and Situational Awareness go together? Situational awareness is the use of the receiver’s sensory system to scan the environment with the purpose of identifying threats in the present or projecting those threats into the future. Is it possible for this to occur faster when the receiver is familiar with the environment, as one would expect in community policing? The sensory system uses various tools, within the body, to gather information from its immediate surroundings and then sends that information to the brain. Practicing situational awareness means you use all of your senses, more than sight, smell, touch, taste, hearing. There are suggestions within the world of science that say humans have up to 25 senses. Start to be aware of your surroundings. What can you see? What time of day is it? Can you hear any noises? Can you feel anything? The feeling can include temperature as well as pressure. What does your sense of balance tell you about your surroundings? What is that feeling in your stomach telling you? You can use all of your senses to be more aware of the situation you are facing..

When you practice situational awareness as part of community policing you are already vitally aware of your surroundings and the time between identifying a situation and acting on it, can be reduced. For example, if you see a gathering of people in the community, this may be a common occurrence but when you heighten your awareness you also notice if they are agitated, quiet, or casually speaking to one another.

In the world of 911 community policing may translate to public education opportunities. Doing public education on a budget means developing your own handouts, coloring sheets, etc. But it gets your personnel out into the community where the public can be more aware of them, and this helps when personnel are back in the PSAP because they can be more connected to the public they are serving. Being aware of incoming phone calls while you stretch your legs, can mean the difference between a priority dispatched the call and a delayed dispatch.

Once you have ingrained yourself into full awareness of the situation, learning not to get tunnel vision, and using all your senses, the cool thing is that this can become part of your everyday life! Improving your ability to assess situations will continually help you to be aware of your surroundings and the choices you make for your next action.

You can make a difference at every level in your profession and personal life, the difference you make, is a choice.